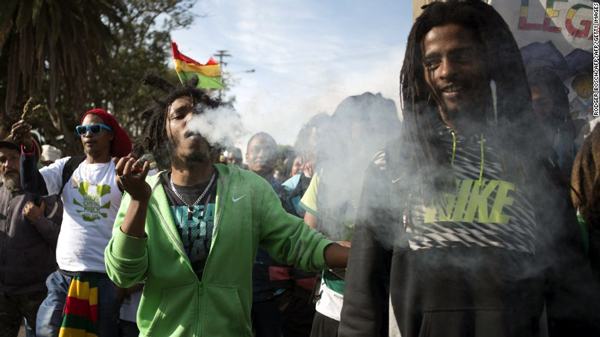 Thousands marched in 2016, calling for the South African government to legalize marijuana.

(CNN)South Africa's Constitutional Court approved the private use and cultivation of cannabis Tuesday, which could be a step toward broader legalization.

In a unanimous ruling hailed by activists campaigning for the legalization of marijuana, judges declared unconstitutional three sections of the Constitution that prohibited cannabis consumption, possession and cultivation.

The ruling says Parliament should change the law within 24 months.  Read more >>
Posted by Derek Catalano at 2:47 PM