No amount of alcohol is safe, health experts warn 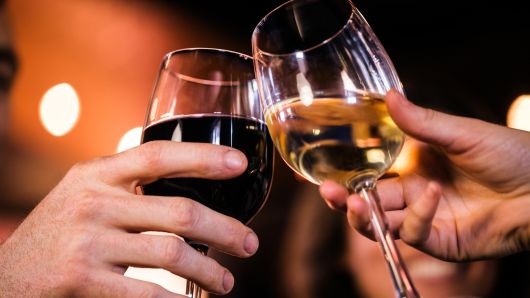 Alcohol consumption at all levels can have damaging health implications, according to a report in The Lancet.

The research, which claims to be the most comprehensive of its kind, pours cold water on previous reports that said drinking in moderation could have health benefits.

The report's researchers have called for global medical guidance to be revised.

So much for a glass of wine a day for your health's sake — all alcohol consumption is bad for you, according to a damning report.

The global study, which claims to be the most comprehensive of its kind, pours cold water on previous reports that espouse the protective effects of alcohol under some conditions.

While researchers acknowledged that moderate drinking can protect against heart disease and diabetes, they said that the risks of cancer and other illnesses outweigh those benefits and have called for a change in medical guidance.  Read more >>

Posted by Anthony Derek Catalano at 7:39 AM