Implications of the slave trade for African societies 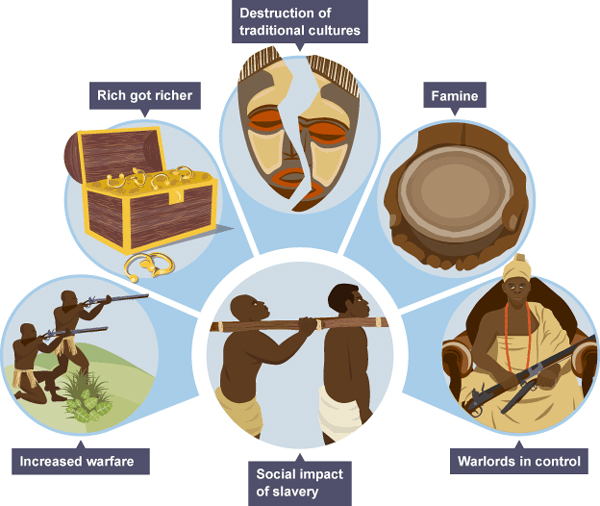 The Atlantic slave trade had a negative impact on African societies and the long-term impoverishment of West Africa. For some it intensified effects already present among its rulers and kingdoms.

The use of African slave labour was not new. The Spanish and Portuguese had been using African slaves since the 16th century. However, the Atlantic slave trade of the 18th century was a new kind of slavery and was on a scale much greater than ever before.

The implications of the slave trade included:   Read more >>
Posted by Derek Catalano at 5:49 AM