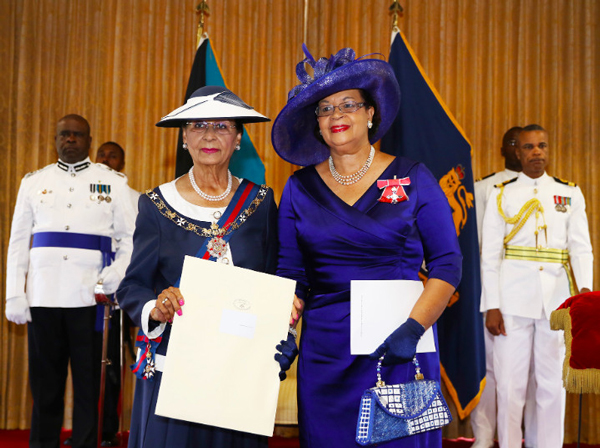 Elma Garraway, right, received the award of MBE for service to education and the community from Her Excellency Dame Marguerite Pindling, Governor General. BIS Photo/Patrick Hanna

The exercise marked completion of the recognition of honourees for the Queen’s New Year’s Honours 2018.  Sixteen citizens received their awards during a ceremony in July.

The three honourees, Elma Garraway, Dr. Jonathan Rodgers and Kendal Romeo Culmer have contributed to the development of The Bahamas.  Read more >>
Posted by Anthony Derek Catalano at 4:43 AM