Women Given Second Chance at Life Eighteen women from all different walks of life were recently afforded the opportunity to receive workforce training, thanks to a collaboration between the Zonta Club of New Providence and the Bahamas Technical and Vocational Institute (BTVI).

Zonta’s annual three-week Workforce Readiness Program is dedicated to unemployed women and focuses on academic and computer training as well as soft skills training. Successful participants received a certificate of completion from BTVI and scholarships were provided to the three most outstanding students to pursue further studies at BTVI. Zonta is one of the nation's leading organizations dedicated to improving the status of women through service and advocacy.

The program also empowered women, many of whom have struggled to keep their heads above water in recent times. For some of these women, the program was their saving grace. Many of them have been unemployed for several years and are single mothers. For some, this is the only type of training they have received since high school. 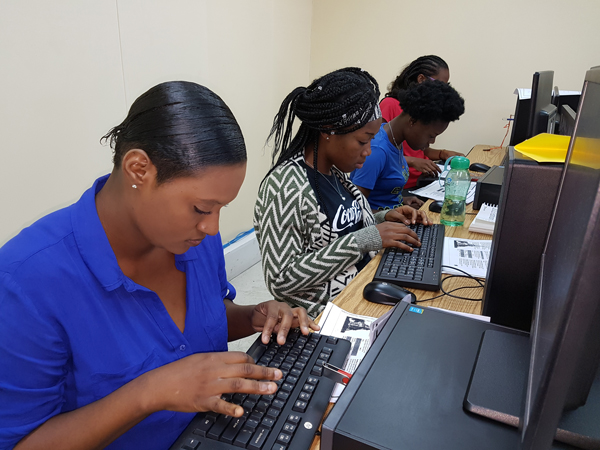 Claudine Walker, one of the more mature participants, was grateful to be a part of this program. Having been out of school for so many years, she found adjusting to being in a classroom again quite difficult.

She acknowledged the help of her new-found friendships and the able faculty at BTVI for helping her one step at a time.

She was most excited for her 17 year old daughter to see her graduate from the program, as she is heading into her senior year of high school. Claudine is proud to see her daughter make it to the 12th grade and become the first out of three generation of women to finish high school.

Claudine said the BTVI and Zonta teams have caused her to change her views of herself; they gave her the voice she needed to be heard.

“If I could take out my heart and give it to Zonta and BTVI, I would. This program just made me want to be more open with people. I don’t have to be in a shell and be afraid to say what I want to say. It’s like I can stand in my own power,” said the single mother of three.

Claudine is thankful for persons like the Zontians who invest in people who are in similar situations as she is. Had the program been for a fee, she would not have been able to attend. 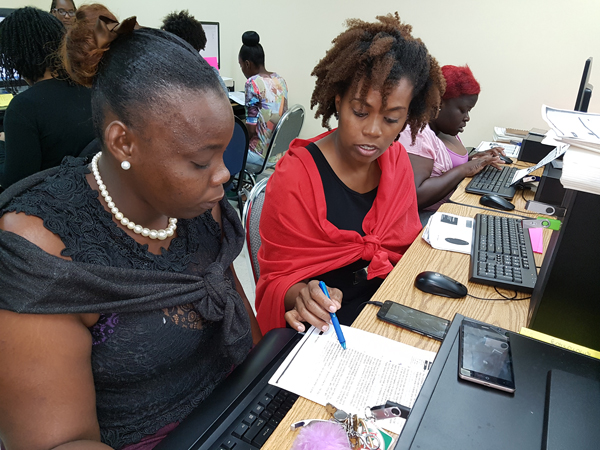 Meanwhile, fellow participant, Nadia Moss spoke of the joy that being a part of the program gave her. Though she is presently unemployed, that does not stop her from being involved in the community. She volunteers at The Crisis Center as well as the local hospitals.

During the first week of the program, she could already see her life changing for the better. Her self-esteem has always been something she struggled with and the program helped her discover things about herself that she did not know existed.

“One of the hardest parts of this program was when we had a lady come in and speak to us about overcoming situations and letting things go. I broke down during this process because I didn’t even know I had so many things built up inside me,” said the single mother of three.

Despite the challenges in her life over the years, Nadia went back to school and received her high school diploma in her late 20s. That same commitment followed into the program as she is this year’s associate of applied science degree scholarship recipient. She plans to study Human Resources Management at BTVI.

“This program and the theme, ‘Standing in Your Power,’ came into my life right on time...this program taught me to look at myself differently and believe in myself,” said Nadia. 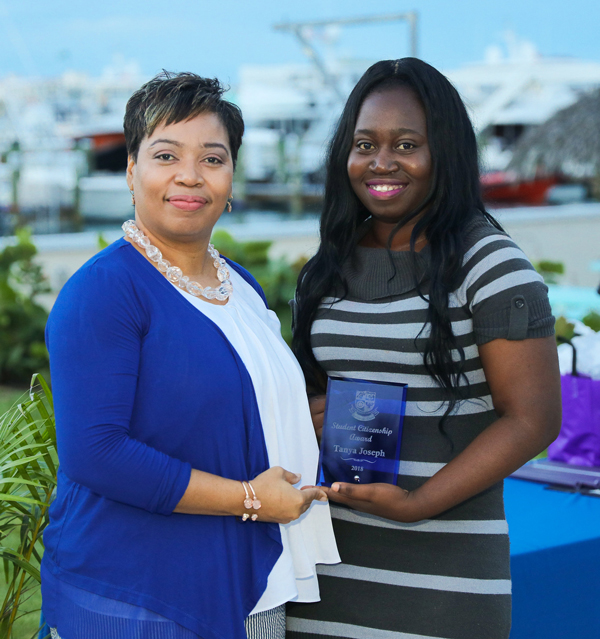 
Last year’s scholarship recipient, Tanya Joseph continues to thank Zonta for the role it played in changing her life. Had it not been for Zonta, BTVI would not have been an option for her.

She is presently studying towards an Associate of Applied Science degree in Office Administration at BTVI. As a student, she became deeply involved in campus life and student clubs.

Tanya has excelled so much as a student and a leader that she has become a permanent fixture in BTVI’s Student Affairs department and is President of BTVI’s Rotaract Club. She was also awarded the BTVI 2018 Student Citizenship Award.

During the program’s recent graduation ceremony, guest speaker and wife of the Prime Minister, Mrs. Patricia Minnis challenged the graduates to be confident and to build their careers a step at a time.

BTVI President, Dr. Robert W. Robertson noted that the Zonta Club should be proud of its achievements in helping to bridge the skills gap in the country.

Posted by Derek Catalano at 2:14 PM