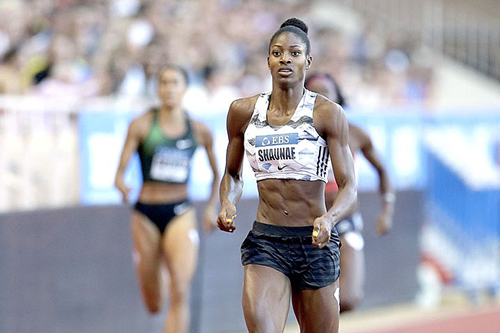 SHAUNAE Miller-Uibo, who missed out on her attempt at the 200/400 metre victory at the International Amateur Athletic Federation's (IAAF) World Championships last year in London, England, can now boast of holding the national record in both events at the same time.

At the Herculis International Meeting in Monaco on Friday, the tenth spot on the IAAF Diamond League circuit, Miller-Uibo pulled away from the field in the women's 400 metres and held off a late surge by Bahrain's rising young star Salwa Eid Naser to win the much anticipated showdown in an impressive time of 48.97 seconds.  Read more >>
Posted by Derek Catalano at 3:05 PM