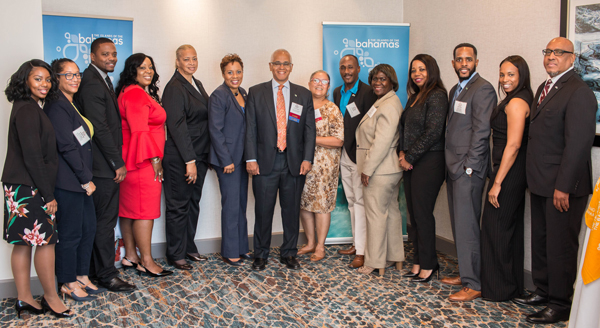 “When it comes to investing, It’s Better In The Bahamas” Minister tells attendees at Investment Summit in S. Florida


FORT LAUDERDALE, FL  - July 29th, 2018 – “The Bahamas is a vacation paradise, that’s well known, but the message I’d like each of you to take away from my short talk this morning is that when it comes to investing, “It’s Better In The Bahamas,” The Honourable Dionisio D’Aguilar, Minister of Tourism and Aviation for The Bahamas, told attendees at a luncheon during the recent 22nd Annual International  African American Hotel Ownership and Investment Summit and Trade Show. 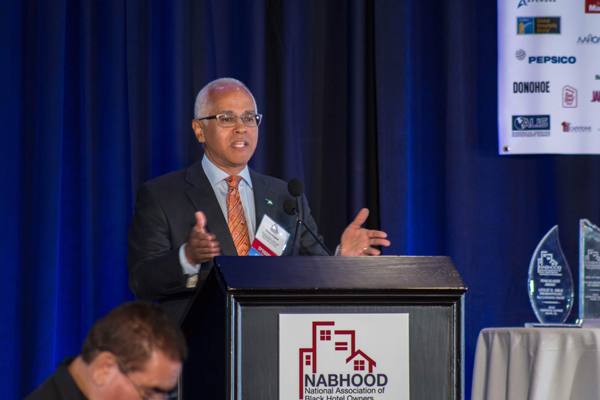 The Honourable Dionisio D’Aguilar, Minister of Tourism and Aviation for The Bahamas delivers remarks at NABHOOD 2018

The Minister, who was presented with an Apex award for Distinguished Service at the closing banquet of the summit, provided his remarks at the Summits Annual Scholarship Award’s luncheon, sponsored by the Marriott, at the Marriott’s Biscayne Bay Hotel, Miami, Florida.  He shared that in the last 12 months, The Bahamas have engaged in an overhaul of procedures and protocols to create an environment where the ease of doing business  in The Bahamas is historically at its optimum best.

Annually, the summit is attended by African American hoteliers, entrepreneurs, national leaders and hospitality representatives, city/state/country development representatives and financial experts. “This morning, no doubt, there are many of you here who have been looking for the right opportunity to invest,” the Minister said, before stating, “We need to talk. My recommendation to you is that you take a hard, serious look at The Bahamas.” 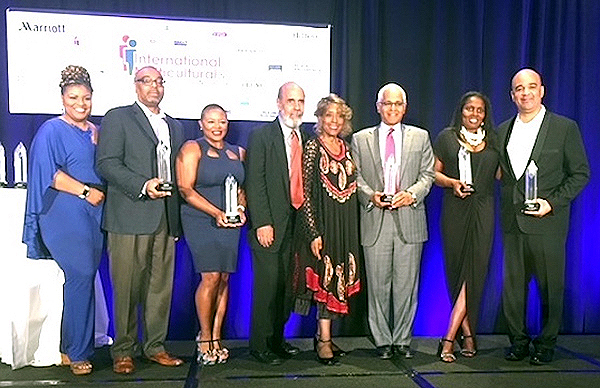 Minister D’Aguilar disclosed that in the last quarter of 2017 the Government of The Bahamas enacted the Commercial Enterprises Act, “which is a package of legislation specifically designed to improve the ease of doing business and attract new and diverse businesses.  Implementation of the policies attached to this legislation will streamline and fast-track the start-up businesses in a number of areas,” he provided.

The National Association of Black Hotel Owners, Operators and Developers (NABHOOD), hosts the Summit annually with the Black Meetings and Tourism Magazine and Horizons International Group.  This year’s theme is “New Opportunities with Great Partners.” 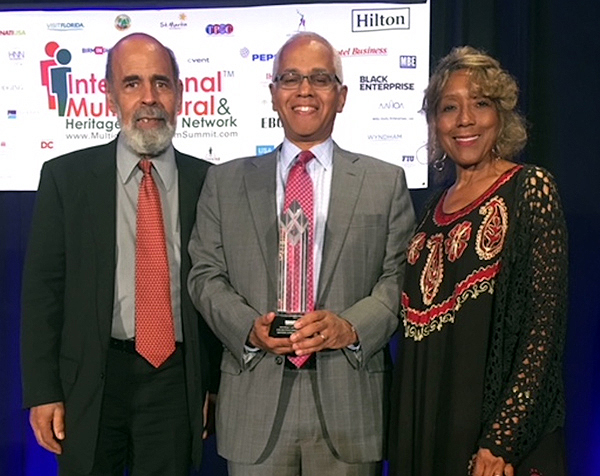 Now in its 22nd year, the annual summit is designed to educate attendees on becoming a hotel owner or investor, share minority investment trends, explore supplier opportunities, learn how to market to minorities and discuss diversity issues affecting the industry. The summit features a number of executive level professionals from the world’s leading hotel brands who share a wealth of information needed to succeed in the industry.

The declared goal of NABHOOD is to increase the number of African-Americans developing, managing, operating and owning hotels; increase vendor opportunities & executive level jobs for minorities, thereby creating wealth within the African-American community.

Posted by Derek Catalano at 4:59 PM