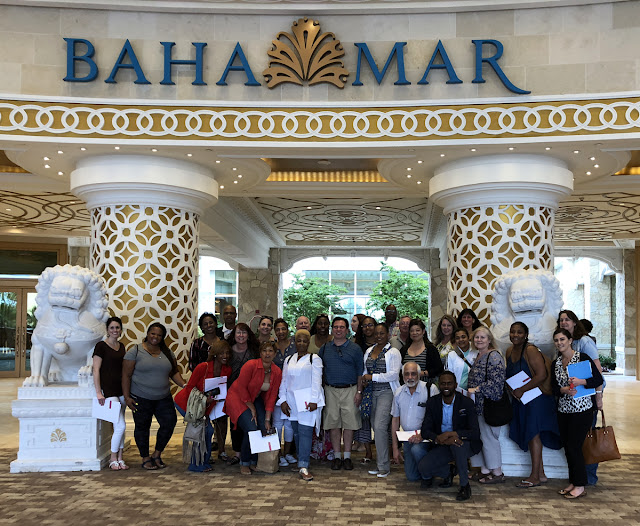 FORT LAUDERDALE, FL  - May 23, 2018 – The Bahamas Tourist Office, Houston, Texas, recently teamed up with Bahamasair to provide agents from the West and South West areas, with an experiential visit to The Islands Of The Bahamas via Bahamasair's  new HOUSTON/NASSAU direct service out of George Bush Intercontinental Airport.

The agents hailed from Houston, Dallas, Austin and San Antonio Texas; Los Angeles, and San Francisco, California and from New Orleans, Louisiana.  Although the new flights leave out of Houston, TX, agents from LA and San Francisco California were added to the trip to inform them of the one stop option from the west coast via Bahamasair from Houston to Nassau. The new service started in November of 2017 using the airline’s Boeing 737-500 series 130-seater jet.

To prove to the travel community in the west just how easy the service is, the group of travel agents were flown down to Nassau for a fun-filled weekend, to familiarize themselves with the flight and the destination. The trip also included a quick jaunt down to The Bahamas Out Islands, Abaco and Harbour Island/Eleuthera for the agents to experience the diversity and beauty of The Bahama Islands.

On Abaco the agents were able to enjoy the culture through the local foods, but also got to visit some of the most beautiful beaches in The Bahamas, including the one at Treasure Cay.

On Harbour Island/Eleuthera, the agents took a delight in riding the golf carts along the colorful streets of the small community.  The agents were also able to see up close and personal and enjoy Harbor Island Bahamas’ famous pink sand beaches.

In Nassau, the group were feted to a meal at the famous, "Fish Fry" native "hang out" spot, that is frequented by both locals and visitors and known worldwide for its authentic native Bahamian seafood dishes. 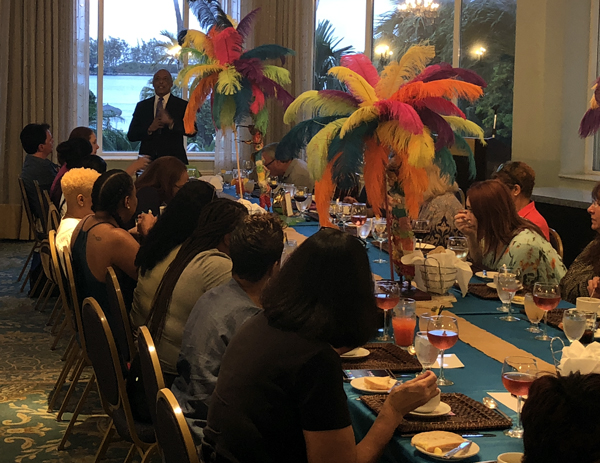 The group was hosted in Nassau at the Hilton British Colonial Resort, located in the heart of downtown Nassau, and as a result were able to enjoy the night-life of the city, on Bay Street, following their daily excursions.

The overall feedback from the group was that the trip was a great one.  Many of the agents also shared their experiences throughout the trip via social media postings.

Of the Bahamasair flight, agents agreed that the check in was very smooth and that the cabin attendants displayed the friendly courteous service and hospitality that The Bahamas is known for.

For more information on The Bahamas call The Bahamas Tourist Office Houston, 713-730-7629, write to pyoung@bahamas.com or visit our webpage at www.bahamas.com

For more information on Bahamasair, visit their webpage at www.bahamasair.com
Posted by Anthony Derek Catalano at 6:13 AM