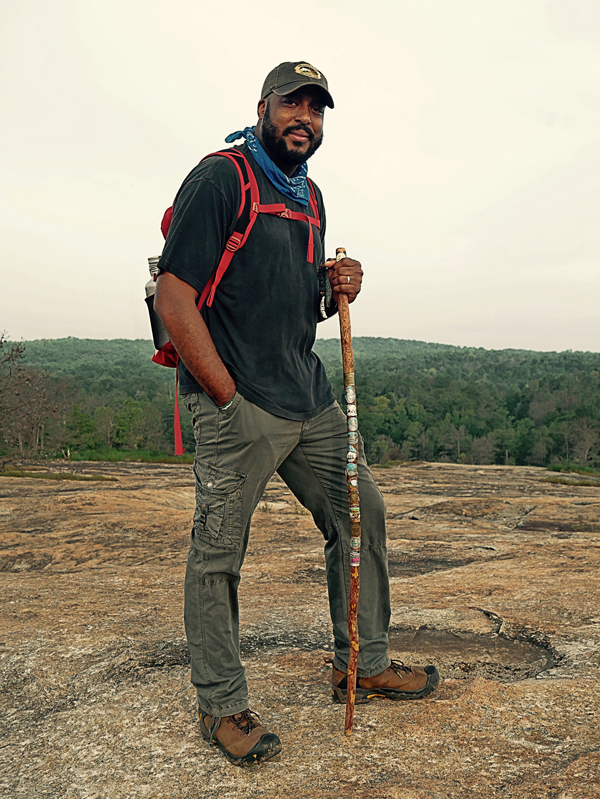 
By Arthia Nixon
The Ambassador Agency


Atlanta-based professor Stefan Moss is combining his passion for Black history with his love for the outdoors to reignite conversations regarding the southern route of the Underground Railroad. Moss has created an interactive virtual tour which  takes trekkers to some already recognized sites in Georgia, South Carolina and Florida but also includes components which link to The Caribbean.

The Saltwater Underground Railroad Experience is a historical tour like no other and is the first phase of a larger project which will consist of a week long expedition that will take travelers to key sites along the route, a mobile app, and curriculum geared toward high-school students. According to Moss, the tour will bring legend to life as people will hear stories of heroic individuals who found freedom through this forgotten pathway.

Moss, an Environmental Science professor at Georgia State University is a sought-after consultant. He’s also known in several spheres as a published scientist, award-winning singer/songwriter, and alumnus of Outdoor Afro, a group based out of California that seeks to celebrate the black connection to nature. He’s also a professor at His new website www.saltwaterrailroad.org offers a peek of what’s to come as he retraces  the movement of enslaved Africans between 1687-1865.

“Growing up in The Bahamas, I have always had an interest in the stories behind certain old buildings, certain family names and so on,” said Moss. “Living in Georgia, my wife and I do our best to give our daughters the correct information on their history so that they can know how to move forward to create their future. Films like ‘Black Panther’ have shown that people of African ancestry do want to connect to their roots, even if that connection comes through a fictionalized character and nation from a comic book. But the Underground Railroad is very real and some of us are where we are because our ancestors took that brave journey. The Saltwater Underground Railroad brings another chapter to the story showing that some of our ancestors decided to not just leave those horrific plantations for the north, but headed for other areas in the Caribbean.”

The Saltwater Railroad has been examined in a few news articles and books in the past. Moss is going beyond the pages and is working to create a physical interaction through tours, day outings, houses/plantation visits and conversations with the descendants of those who made the voyage. So far there are 10 stations from Georgia to The Bahamas designated.

“Traditionally, the Underground Railroad heads North to Canada, but in this tour, we focus on the lesser known Southern railroad path from Georgia, South Carolina, and Florida to my hometown The Bahamas, a former British colony where free Africans developed sustainable communities that still exist today,” said Moss. “A larger project will include field expeditions that retrace the route to freedom, an interpretive program that focuses on the historical narratives of those who traveled this treacherous path to a better life, and a study of the natural resources they used to sustain themselves.  While many aspects of these narratives presented have been lost, and the overall story far from complete, this short tour serves as a gateway to a much larger conversation on this important path to freedom. We celebrate, through this activity, those individuals who risked their lives in search of liberty and the opportunity to decide their own destiny.”

Moss is already working with government officials in Georgia, Florida and The Bahamas to bring the project to fruition. He has also put in place an advisory board consisting of like-minded individuals to assist with certain aspects of the project. The end goal is to enlighten people while encouraging them to make steps in their future by retracing the steps of their past.
# # #