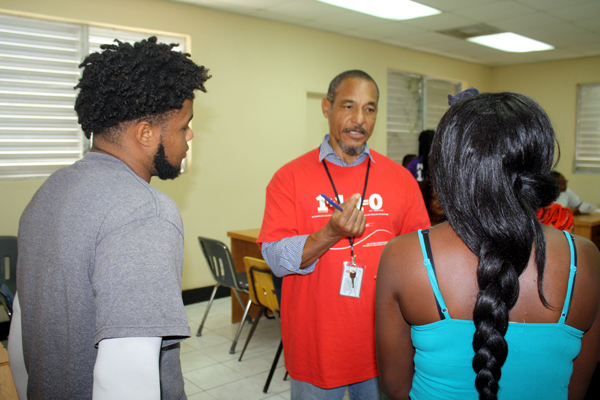 “It only takes one time to get infected.”

These were the telling words of Registered Nurse, Roxan Shawsmith, who is adamant that safe, responsible sexual activity should be a priority.

Nurse Shawsmith was among Ministry of Health workers who recently partnered with The Bahamas Technical and Vocational Institute (BTVI) to stage the institution’s sixth annual campus-wide Know Your Status rapid HIV/AIDS testing day.

Many BTVI students are on the right track when it comes to knowing their HIV/AIDS status. Not only did they join a queue to get tested for the deadly disease, but they also took the time to be educated during information sessions.

A 19-year-old student, who spoke on the condition of anonymity, knows the importance of getting tested; hence he volunteered to have his finger pricked.

“If I know I’m sick, I wouldn’t mess with anybody’s daughter because I don’t want to pass it on. I would want to start treatment as soon as possible,” said the Electronics Engineering Installers and Repairers major amongst his male counterparts, who concurred with him. 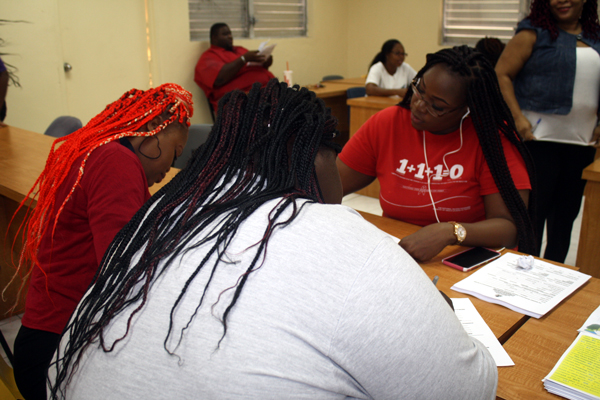 During the 2017/2018 budget debate, Minister of Health, the Honourable Duane Sands noted that The Bahamas has seen its highest cases of HIV/AIDS prevalence outside of Sub-Saharan Africa.

According to Minister Sands, at last tally, in December of 2014, there were 8,630 people living in the Bahamas with HIV/AIDS representing 2 percent of the population.

“While we have dropped our national prevalence from 3 percent to 2 percent, far too many people are being diagnosed late and we are still seeing increasing cases among our youth,” he added.

This is why BTVI’s annual testing event is important, including discussions on how the disease is spread and preventative measures. Emphasis was also placed on testing not simply being about protecting the individual, but his or her partner as well.

Privy to this advice was a 22-year-old student who believes in fair sexual participation.
“It’s important to know your status so that you don’t go around spreading diseases. If you do have something, it’s your responsibility to tell anyone you were involved with,” said the Office Administration major. 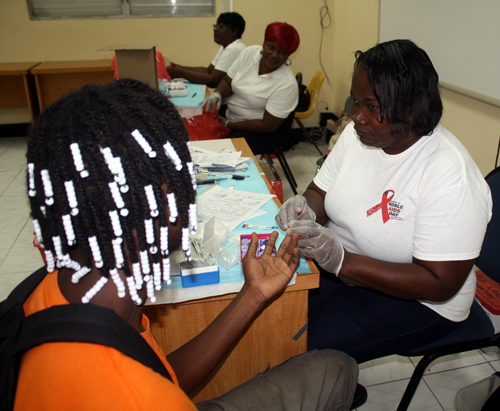 Getting tested! Responsible male student getting his finger pricked to know his status.

And although the Ministry of Health encourages safe sex, workers point to abstinence as the best method of prevention. Nurse Shawsmith states that even having just one sexual partner can lead to contracting HIV/AIDS or any other sexually transmitted disease due to possible infidelity.

“If you’re sexually active it’s important for you to practice responsible sexual behavior,” said Mr. Kemp, “part of being responsible is the testing of HIV/AIDS. Early detection of HIV can lead to early treatment that can help prolong life,” he continued.

Mr. Kemp underscored that young people are more inclined to have sex because they are often exposed to sexual implications in the music they listen to, the television shows and movies they watch, on social media and the internet. 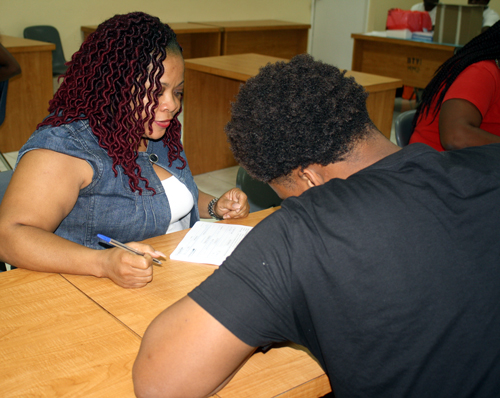 A Ministry of Health representative assists a BTVI student through the registration process of the HIV testing held at the institution.

BTVI’s Student Affairs department makes the HIV/AIDS testing day a priority on its calendar of events. Dean of Student Affairs, Racquel Bethel, said it is a part of the educational component to help people maintain safe healthy sexual practices.

“Students tend to believe that they are invincible. These testing days are held to help make students aware of at risk sexual behavior and that they are accountable for their own bodies,” said Ms. Bethel.

She expressed the importance of students being selective with choosing their partners and getting tested together before being involved sexually.

Posted by Derek Catalano at 7:51 AM