In the devastation from Hurricane Katrina, thousands were left without homes – including 16 special dolphins. A massive rescue effort helped them thrive in their new home at Atlantis, where they welcome visitors to Dolphin Cay. 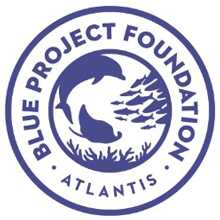 Atlantis, Paradise Island resort in The Bahamas completes a successful two day harvesting and out planting of corals to three coral reefs off New Providence that were destroyed last year by Hurricane Matthew. As part of Atlantis’ established commitment to the flourishing Bahamian ecology, this effort continues to expand the sustainability of one of the nation’s natural resources, the ocean. This ongoing project, an initiative of the nonprofit, 501(c)3 organization - Atlantis Blue Project Foundation (ABPF) - helps rehabilitate damaged coral reefs by growing small coral fragments to repopulate reefs that have been eliminated through disease, hurricanes, or bleaching. Since its inception more than 10 years ago, the Atlantis Blue Project Foundation has generated over $5 million through funding from Atlantis guests’ participation in the resort’s marine adventures and is dedicated to saving sea species and their extraordinary habitats throughout The Bahamas and surrounding Caribbean seas.

With the help of Atlantis Marine team members, The Bahamas National Trust, The Nature Conservancy, BREEF, Stuart Cove’s and Dr. Craig Dahlgren, Director of the Perry Institute for Marine Science/coral reef scientist, the team harvested 150 pieces of finger coral from one of Atlantis’ two on-property nurseries and 100 pieces of staghorn coral from nurseries established by The Nature Conservancy and managed by Stuart Cove's. The corals, as 2 inch fragments or cuttings from naturally occurring corals and placed on lines or tree structures at the nurseries, were monitored as they grew at rates faster than they normally do on reefs. Once the corals were deemed healthy and large enough, they were placed back on the coral reefs in the ocean through multiple dives to sites that have been degraded by storm damage and human impacts.

“The ongoing coral nursery project at Atlantis presents an opportunity to educate people about the importance of coral reefs in The Bahamas,” said Debra Erickson, Executive Director of the Atlantis Blue Project Foundation. “We are very proud of our established nurseries and our on-going efforts to help repopulate areas that have lost their coral.”

As an ocean resort, Atlantis has a meaningful connection with the #sea and is committed to protecting and restoring the surrounding ecology of the breathtaking Bahamas. In celebration of #WorldOceansDay, Atlantis employees are coming together for company-wide beach clean-ups and are supporting several guest activations to help bring awareness to the resort’s year-around ocean conservation efforts including educational seminars and interactive experiences.

The Bahamas has more coral reef area than any other country in the region and one of the largest coral reefs in the world. Coral’s sustainability is vital to the marine ecosystem as they provide food and shelter for other marine life, in addition to helping protect shorelines and preserve beaches. By funding scientific research, conservation programs and community outreach efforts, ABPF’s mission is to protect the waters and its vast marine wildlife, ensuring that The #Bahamas will remain a haven for a myriad of unique, rare and endangered species for generations to come. To date, the foundation has assisted in several coral reef out plantings as well as expanding the Marine Protected Area on Andros Island in The Bahamas to add more than one million acres to the park, protecting the entire western side of the island.

Developed as educational tools that will be used to increase public awareness about coral reef ecosystems, The Nature Conservancy and Perry Institute of Marine Science are releasing a ten-minute documentary and a public service announcement (PSA) today. Made possible by support from the Atlantis Blue Project Foundation, the documentary highlights the importance of and threats to corals, reef fish and benthic habitats and the value of establishing marine protected areas (MPAs) to preserve diverse marine ecosystems. Vivid imagery of local coral reef ecosystems in conjunction with interviews of conservation and industry partners were used to communicate the interdependency between healthy functioning coral reefs and Bahamian livelihoods.

The Atlantis Blue Project Foundation continues to work with its partners to develop innovative ways to protect the Bahamian waters and wildlife.