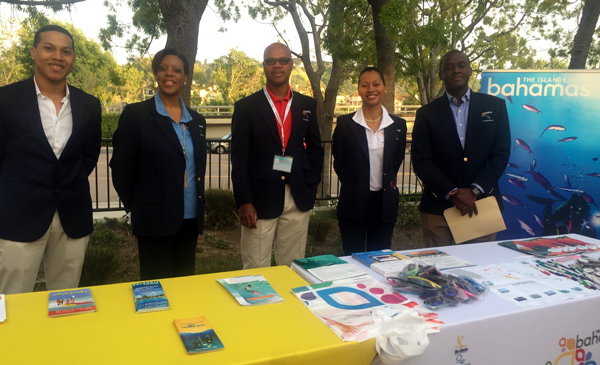 At both events, agents voluntarily shared throughout that the outdoor terraces of the hotels in both cities were the perfect venue for a Bahamas Cultural themed event.  An agent was heard saying that the only thing missing was, "the white sand beaches and the renowned beautiful, blue waters of The Bahamas."

One agent went as far as saying that she has been in the travel business for over 20 years and the Bahamas Presentation and Dinner in San Diego was the best Travel Trade event that she had ever attended.  She enlarged that it was not the tropical, outdoor setting alone, but also the overall atmosphere including the entertainment and even the caliber of the meal. 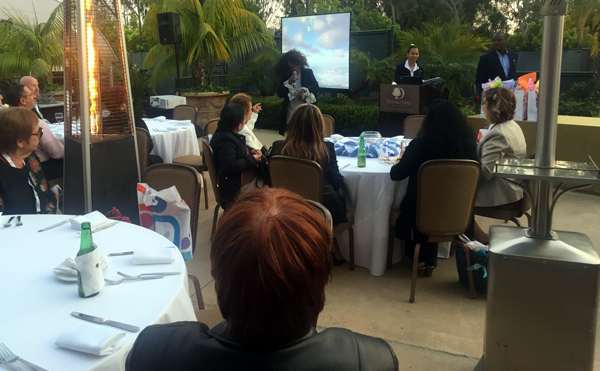 Both events were held outdoors and in Los Angeles, against a golden backdrop of The Bahamas Ministry of Tourism Logo, Bahamian recording artists and cultural icon, Veronica Bishop, shared some of her hit, Bahamian Favorites.  In San Diego, the agents could not get enough of Bishop's "Tell 'ole I een here' he better come now", and almost the entire group joined the dancing under the stars for the performance of the song.

Prescott Young, Bahamas Tourist Office Area Manager for the West Coast, including California, said that he was happy that the agents had enjoyed both events so thoroughly as it meant he had achieved his goal, which was to "provide an unforgettable experience of a cultural taste of The Bahamas." Bahamas Area  Manager leads dancing under the stars in LA

The Area Manager, who is based in Los Angeles, also emphasized that in planning his Travel Agents events his aim had been to "provide more fun and entertainment and less talk.  The idea was to ensure that the agents get the feel of a beautiful afternoon and then dinner under the stars in our country."

In addition to the entertainment provided by the gifted Bahamian performer, the events included a mini trade show where agents were able to network with The Bahamas team and participating partners while hors d'oeuvres were served. 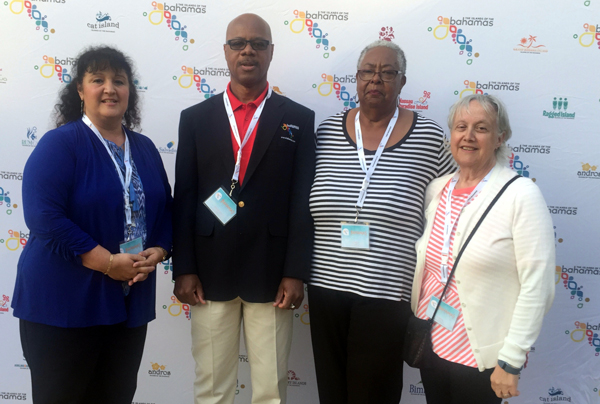 Mr. Young provided brief but comprehensive presentations at both functions, sharing with agents on some of the new and exciting developments in The Bahamas.  Highlights included were new and recent resort openings such as the Baha Mar Resort, Nassau which will have a soft opening mid April; the all inclusive Warwick Hotel, which recently opened on Paradise Island; the Lighthouse Pointe all inclusive resort, Grand Bahama and the Hilton Resorts World, Bimini.

Agents were also updated on the upcoming signature sporting events in The Bahamas including the IAAF World Relays; The FIFA World Cup Beach Soccer and the Popeyes Bahamas Bowl, all set to take place in Nassau.  Also, among the featured events included, was the upcoming Bahamas Junkanoo Carnival Festival, which will take place in both Nassau and Grand Bahama. 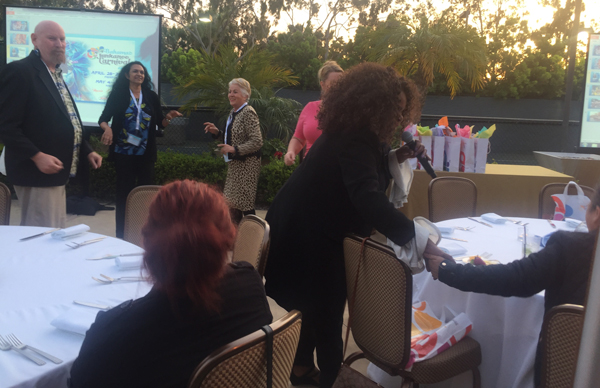 Prizes and gifts were presented throughout the night to lucky winners including the first to register for the event. The prizes ranged from filled Bahamas backpacks to transportation and hotel night stays compliments of resorts in the Islands.

Mr. Young's Los Angeles based team included Eureka Glinton and Larnelle Johnson.  The additional Bahamas team members from across the United States, was led by the Sr. Director of Sales for The Bahamas, Mr. Greg Rolle along with Sr. Director, Valery Brown.  Other team members included Chrystal Bethel, based in New York; Antoinette Neely and Nicholas Wisdom, both based in Atlanta and Jeannie Gibson, Fort Lauderdale. 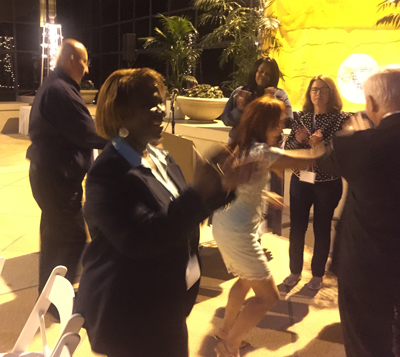 Phone contact for The Bahamas Tourist Office, Los Angeles is 310-229-5732 or contact, Prescott Young at pyoung@bahamas.com
Posted by Anthony Derek Catalano at 6:26 PM