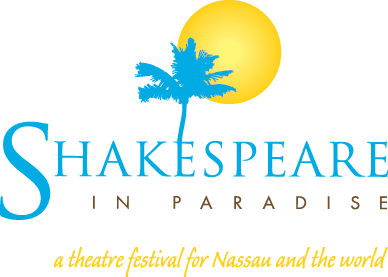 an evening of two one-acts

Shakespeare in Paradise will hold an audition for Murder & Poetry, its second Bahamian production for the 2015 festival, on Monday, July 13th at 6:30pm in the Black Box at the Dundas (the small theatre behind the main building in the Dundas yard).


Murder & Poetry  is an evening of two one-act performances. The first is a new play by Bahamian architect, singer, poet, actor and playwright, Patrick Rahming, Miss Ethel's Kitchen. This piece tells the story of the 1943 murder of Sir Harry Oakes from the point of view of the Bahamian servants in his household. Directed by Nicolette Bethel with Erin Knowles, this play has a cast of seven: four women and three men.

The second is an evening of contemporary Caribbean poetry called Paradise Unmasked arranged around the theme of identity and being. Erin Knowles selects the the poetry and will direct the production with Nicolette Bethel.

If you are an actor or a spoken word performer, this audition is for you!! Please prepare a piece of your own choosing of no more than 2 minutes in length. You may also be given a cold reading from the play.

Some casting decisions may be made at the completion of the audition while others may require a callback audition. If you are chosen for a part please note that we will contact you.

The following is a list of character descriptions for Miss Ethel's Kitchen.

‘Miss Ethel’ - The cook in Westbourne, the house in which Sir Harry Oakes lives and dies. She is a mature woman in her late fifties to mid-sixties and she runs her kitchen with a firm but compassionate hand.

‘Bynah’ - She is the head maid/housekeeper in Sir Harry Oakes' household. She is a woman in her late thirties or early forties.

‘Evangeline (Vangy)’ - The assistant maid on the property, she is young, attractive, and too easily led astray. She is in her late teens or early twenties.

‘Benjamin (Benji)’ - The gardener on the estate, a man in his mid to late forties who, despite being married and a father of five, is a frequent patron of the local nightclubs and a real ladies' man. He is currently pursuing Vangy.

‘Fred Mackenzie’ - Sir Harry Oakes' Bahamian butler. A man in his late forties or early fifties, he takes himself and his job extremely seriously, and brooks no nonsense from any of his staff.

‘Mable’ - She is the laundress who works for the estate. She is an excitable woman in her late thirties or early forties.

‘Inspector Gittens’ - The local police officer who interviews the household staff on the day of the murder. Like Fred Mackenzie, he takes himself extremely seriously. He is in his forties or fifties, and may be of West Indian origin, as many policemen of that era were.
Posted by Anthony Derek Catalano at 2:15 PM