By STAFF WRITER, For the Guardian 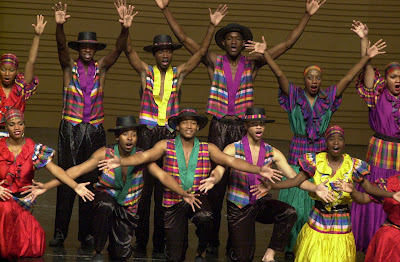 Cleophas Adderley was born in Nassau, Bahamas. He received his elementary education at Western Junior School and secondary education at the Government High School. He went on to study at the University of the West Indies where he received his L.L.B (Hons). He was called to the Bahamas Bar in 1980.

Mr. Adderley is a pillar in the cultural development of The Bahamas. After some 14 years working the field of law, first in the private practice and then as the legal advisor at the offices of the Attorney General, he became the Founder/Director of the Bahamas National Youth Choir.

The Bahamas National Choir has become one of the foremost Bahamian cultural organizations representing The Bahamas and entertaining audiences nationally and internationally. Diocesan Chorale director Andrew Curry describes the choir as exemplifying "all that is good, vibrant and brilliant in music in The Bahamas – or anywhere else for that matter."

Mr. Adderley also serves as the Director of the Senior Choir of the Parish Church of the Most Holy.

Trinity, Founder and Director of the National Choir of The Bahamas, former Director of Culture and the Executive Director of National Musical Heritage and Research.

Also to his credit he composed the music and rhythms for the play "You Can Lead A Horse to Water" by Winston Saunders which played to rave critical acclaim locally; in San Francisco; at the Edinburgh Fringe Festival, Edinburgh, Scotland and at Grand Valley State University, Grand Rapids, Michigan. Mr. Adderley has written and arranged music for piano, pipe organ, choir and solo voice. Some of his choral compositions have been published by Hal Leonard Corporation, the largest publisher of choral music in the United States.

Mr. Adderley is the recipient of many awards, including the Distinguished Citizen Award, the Charles H. Fisher Award, the Men of Distinction Award, Bahamas Government Silver Jubilee Award, the Bahamas Association of Artistic Performers Lifetime Achievement Award and the Certificate of Recognition for outstanding work in the arts from the Gabriel Mistral International Awards of the Organization of American States.
Posted by Anthony Derek Catalano at 4:49 AM