UFO in The Bahamas 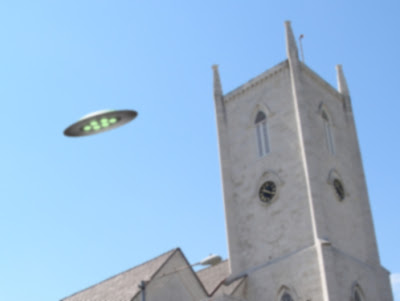 Witnesses reactions varied. One sober resident of West Street, was quite overcome, and fell to his knees, praying for salvation when he saw the lights. Others took a more pragmatic view and put them down to Meteorites, or maybe a comet. Others just didn’t know. The lights came from the south west, bisecting the night sky with a spectacular display; a display like nothing witnessed since February 9th, 1913. Then they were called "Cyrillids", after the feast day of St Cyril of Alexandria - the day on which the lights were first seen.

In Nassau though, on that January night, no-one seeing the lights knew of the event witnessed seventy two years earlier from central Canada, and in an arc across the United States as far as the island of Bermuda. When the lights appeared high over Nassau, conversation came to a dead stop, drinks were put aside, and cutlery hastily discarded as people stared incredulously into the sky.